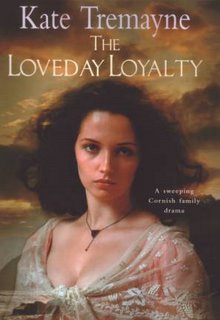 With some trepidation I am writing my first blog and welcome the opportunity to introduce the LOVEDAY series. The Loveday books have been described as sweeping Cornish family dramas in the tradition of Poldark. ‘Rich in drama and passion, with the atmosphere and flavour of eighteenth century Cornwall. ADAM LOVEDAY is a story of family relationships that transcends time, and heralds the emergence of an exciting new storyteller.’ North Cornwall Advertiser.

That review was rather a tall order to live up to. The series first began as a trilogy with the books ADAM LOVEDAY, THE LOVEDAY FORTUNES and THE LOVEDAY TRIALS. They introduced three sets of cousins from diverse backgrounds. The Lovedays are known for their wild blood, swashbuckling adventures and unconventional romances. They are all driven by their passion. Twins Adam and St John were the main characters. They are the sons of Edward Loveday, gentleman shipbuilder. Adam is in the navy and passionate about designing new ships to be built in the family shipyard. St John heir to the yard and estate of Trevowan is a dissolute wastrel. The rivalry between them is intense and on several occasions brings the family close to ruin. The second family of cousins are the children of Edward’s brother Joshua who after a wild youth became a parson. Japhet the eldest of Joshua’s sons is a loveable rakehell adored by women and who walks a fine line to keep the right side of the law; his brother Pious Peter wrestles with the demons of his passionate nature that threaten to destroy him, their sister Hannah needs all her resilience and courage to overcome the tragedy ahead of her. The third cousin is Thomas, the son of a banker in London with the dream of being a playwright.

Once the characters were established they took on a life of their own and with backgrounds of the navy, shipbuilding, privateering, farming, smuggling, the London theatre and underworld, French Revolution, a Virginian tobacco plantation, the war with France and the early years of the penal colony in New South Wales there was plenty of scope for the family to use their passions, courage and talents in a multitude of adventures. They are also not without their enemies who would bring them down and good does not always prevail over evil.

The popularity of the first three books led to the trilogy expanding to a series. Letters and emails from readers showed me that not only did they adore Adam but Japhet was also a great favourite. The next books THE LOVEDAY SCANDALS, THE LOVEDAY HONOUR and THE LOVEDAY PRIDE centred on Japhet’s life where a disastrous liaison leads to his arrest for highway robbery on his wedding day, his trial and time in Newgate and transportation to Australia.

And if the men of the Loveday family are adventurers the women are equally passionate and ready to fight for their place in a man’s world.

It has been a wonderful rites of passage for me to develope all traits of the characters' personalities within the series. My pyschology classes certainly paid off here. Too often the characters dictate their adventures and it often feels that I am an innocent bystander in the writing process as their stories unfold.

The latest book THE LOVEDAY LOYALTY is published in paperback on the 28th August. More about this next time.

All the books are available from Amazon and for more information checkout my website click here which has details of my other books and names I write under.