Another in our occasional series of letters.
This time, it isn't a letter from one of Austen's novels, but a letter written to Jane Austen by Andrew Lang, from Letters to Dead Authors. London & New York: Longmans, Green & Co., 1892: 64-72.

The full etext of this letter can be found at Molland's
a brilliant site for Jane Austen fans. 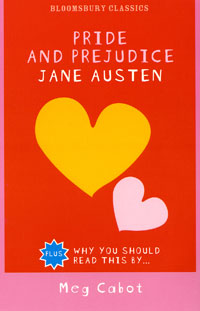 "You are not a very popular author: your volumes are not found in gaudy covers on every bookstall; or, if found, are not perused with avidity by the Emmas and Catherines of our generation"


But then Lang goes on to say, "I scarce remember more than one lady of title, and but very few lords (and these unessential) in all your tales. Now, when we all wish to be in society, we demand plenty of titles in our novels"

Ah, how they stay the same!

He goes on to give some tongue in cheek advice:

"With Lydia for a heroine you might have gone far; and, had you devoted three volumes, and the chief of your time, to the passions of Kitty, you might have held your own, even now, in the circulating library. How Lyddy, perched on a corner of the roof, first beheld her Wickham ; how, on her challenge, he climbed up by a ladder to her side; how they kissed, caressed, swung on gates together, met at odd seasons, in strange places, and finally eloped: all this might have been put in the mouth of a jealous elder sister, say Elizabeth, and you would not have been less popular than several favourites of our time. Had you cast the whole narrative into the present tense, and lingered lovingly over the thickness of Mary's legs and the softness of Kitty's cheeks, and the blonde fluffiness of Wickham's whiskers, you would have left a romance still dear to young ladies."

Ah, yes, the blonde fluffiness of Wickham's whiskers! What a pity Lang never wrote the book!
Posted by Historical Romance Author at 9:55 AM

Geez, it's a really good thing this guy wasn't around when she was writing it. . . hopefully she wouldn't have listened! :)