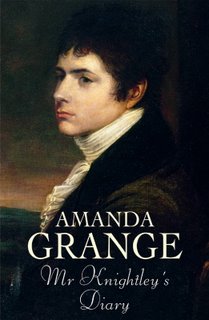 In a previous blog I promised to post more information about Robert Southey, whose portrait is used on the cover of Mr Knightley's Diary.

Robert Southey was born in 1774. He was one of the 'Lake Poets', marrying Edith, the sister of Coleridge's wife, and becoming Poet Laureate in 1813.

"One morning shortly after, Robert Lovell called on me, and introduced Robert Southey. Never will the impression be effaced, produced on me by this young man. Tall, dignified, possessing great suavity of manners; an eye piercing, with a countenance full of genius, kindliness, and intelligence, I gave him at once the right hand of fellowship, and to the moment of his decease, that cordiality was never withdrawn."

He wrote a wide range of poems. Perhaps the one which will most readily be recognised by today's readers is The Old Man's Comforts, because part of the poem was parodied by Lewis Carroll in Alice's Adventures in Wonderland:

Carroll:
'You are old, Father William,' the young man said,
'And your hair has become very white;
And yet you incessantly stand on your head -
Do you think, at your age, it is right?'

Mr Knightley's Diary can be preordered from Amazon by clicking here. The release date is 31 August.
Posted by Historical Romance Author at 9:46 AM