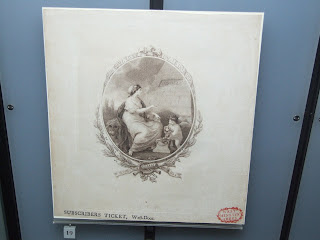 Last year I happened to take a day off to go to London and visit The Foundling Museum, which tells the story of Britain's first foundling home for abandoned children, the brainchild of Thomas Coram and established in 1739. The exhibition was very interesting, telling the story of the hospital and what life would have been like for the children who grew up there.


For art lovers there are many interesting paintings, donated over the years, and originally encouraged by the artist William Hogarth who was one 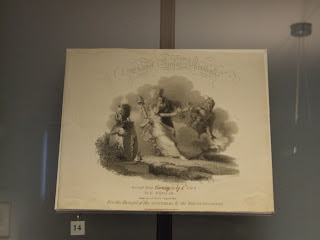 of the first governors of the hospital. The paintings were intended to encourage benefactors and in fact the Foundling Hospital was Britain's first public art gallery.


At last we came to the top floor where there is a room devoted to an exhibition about one of England's most famous composers, Handel. Handel was a governor and benefactor of the Foundling Hospital. As well as listening to works by Handel in some rather comfy armchairs, and looking at some original scores, my eyes were drawn to some invitations in one cabinet. 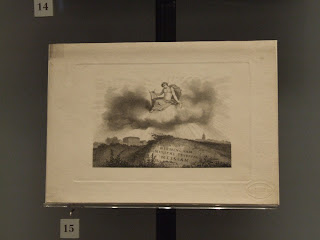 Dating from the turn of the 19th century were several original examples of concert invitations and tickets. I was struck that they did not simply have text but beautiful copperplate engravings. I shall certainly be making sure to include a wonderfully engraved invitation or ticket in a future Regency romance!

AVON reps jobs
Posted by Kate Allan at 10:34 AM

I would like to buy a regency romance that had a dancing card from Almacks as a card insert.