We're delighted to welcome Elizabeth Bailey to the blog. Elizabeth writes fantastic Regencies that linger in the mind. I know this for certain, because I can still remember the opening paragraphs of Friday Dreaming, which I read in 1994, and which is sitting on a shelf next to my desk. Here Elizabeth talks about her experiences writing Regencies over the last fifteen years. 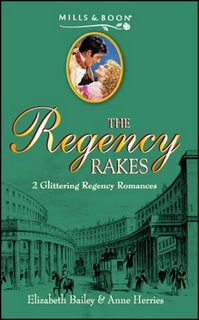 You'd think, with a stack of published Regencies behind me, that I'd know just what I was doing! Unfortunately there are no guarantees in this game and I'm currently involved in rehashing my latest plot to fit a changing genre. Which leads me to think over the changes I've encountered over the years in "what editors want". My first historical was published at the beginning of the 90s decade. At that point, it was all action and swashbuckling adventure. My first heroine was a runaway chick in pants, highly popular at the time. There were also lots more characters, and viewpoints other than the hero and heroine were acceptable, even allowing for a subsidiary plotline involving a second couple.A few years down the line, we discovered readers were either sated with buckled swashes or no longer interested in anything but the development of the central relationship. 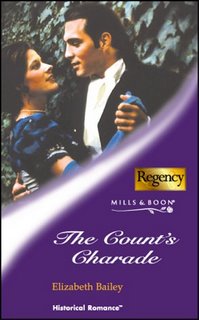 Lesser characters got the chop and intense emotional interchanges between the h/h became the order of the day. That trend remained, but the growth in sensual passion became ever hotter until your fingers practically sizzled as you held the pages!This taxed author ingenuity in keeping h/h alone together for scene after scene in an era when unmarried women could only be around men if chaperoned. To add to the problems besetting the benighted writer, your hero was undergoing a metamorphosis. 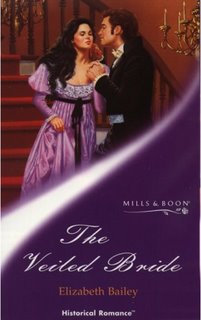 New Historical Regency Man is as alpha as you can stand it, as long as he doesn't behave in anything like an alpha fashion! No caveman style tactics to be perpetrated upon the solidly independent heroine, please. Changing taste is the Regency novelist's nightmare. I can't but wonder what sort of editorial feedback the doyenne of Regency, our sainted Georgette Heyer, would encounter if she were writing now.Food for thought. 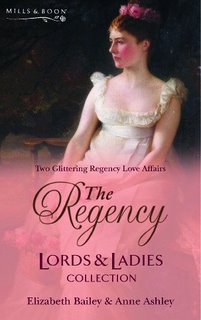 Don't miss Elizabeth's latest release in the Lords and Ladies collection, out now.


To find out more about Elizabeth and her books, visit Elizabeth Bailey's website
Posted by Historical Romance Author at 8:24 PM

What an itneresting post, Elizabeth, and what a nightmare for an author!

I really liked the governesses trilogy. They were interesting because although they were linked (so presumably written close together in time), they had rather different heroes, each of whom was right for his heroine (all three heroines had very different personalities). Friday Dreaming, Seventh Heaven, Adoring Isadora, A Fragile Mask... I could go on, but I think what I liked about them, as was noted in the introduction, is that 'Elizabeth writes fantastic Regencies that linger in the mind'. And they linger because they aren't filled with stock characters. You may be writing with the trends in mind, but each hero and each heroine is an individual, and very clearly so. They're real characters, not just embodiments of the personality flavour of the season.

I also have really enjoyed reading Elizabeth's books in the past. I do hope that Elizabeth has got another one in the pipeline as the books are always such fabulous stories!

They all look soooo great! :) Just love those rakes, but then hey, I guess we all do, huh? LOL :) Hope to catch one or two here on this side of the world. Oh, and I forgot a quick hiya to the blog! :)

.Great looking urban art. I am so glad to get a peek at it!