As we're drawing to the end of the year, we thought we'd review the highlights of our writing lives in 2005.

2005 was a wonderful year for me. In April, my first book, The Unconventional Miss Walters, was published by Robert Hale.

I sold A Suitable Husband to Hale, and it will be out in March 2006.


I also sold two stories, The Return of Lord Rivenhall, and A Country Mouse, to D C Thomson for My Weekly Story Collection. They will be out in December 2006, and sometime in 2007 respectively.

My tenth historical romance, Lord Deverill’s Secret, came out in April, and the large print version came out in November.
In June, the large print and audio versions of Harstairs House came out. The latter was particularly exciting for me, as it was my first audio book.
But the most exciting part of 2005 was the fact that my eleventh novel, Darcy’s Diary, came out in August and sold out before the date of publication. It went to a second printing in September, and a third printing in November! I’m so pleased it’s done well, because I’m a huge fan of Jane Austen, and Darcy’s Diary was a labour of love for me. The large print rights were sold in the autumn, and the large print version will be out in February 2006.

The Romantic Novelists’ Association (RNA) gave me many good moments, too. I gave a talk at the summer conference, which was held at Royal Holloway near London. Fellow authors and co-bloggers Kate Allan and Melinda Hammond were also on the authors’ panel.


In November, I was very pleased to see the publication of The Scarlet Queen by Jacqueline Webb. I read this book in my capacity as a reader with the RNA’s New Writers’ Scheme, which aims to foster new talent. I loved the book, and the publishers did, too. It’s an Edwardian mystery romance, bristling with humour, set on a dig in Egypt. It would suit anyone who likes the Amelia Peabody books.


Miss Bridget Jane started out as a winning competition entry in the All About Romance website Purple Prose Parody competition, and although she’s completely different in style from my other literary creations, I love her. She continues to muddle her way through her job as a Regency companion, having trouble with her love life in the shape of Lord Horty, and sneaking down to the kitchens periodically to raid the cooking sherry.

I had a really good year in 2005. I had three books out with Harlequin Mills and Boon: The Model Debutante, The Marriage Debt and Moonlight & Mistletoe (the latter in Christmas Brides). 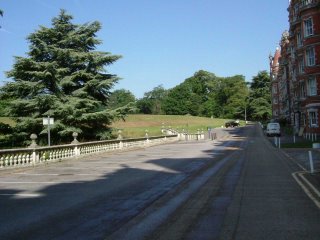 I went to the RNA conference, which gave me a chance to meet up with fellow writers. The photo shows a view of the conference venue, Royal Holloway near London, UK. 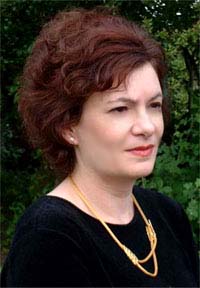 This was a very good year for me. I signed with Triskelion and started writing in a new genre - urban gothic – as well as my historicals.

I signed with Mundania to re-release the Richard and Rose books, a series of historical books set in the Georgian era which follow the adventures of lovers and, later, married couple, Richard and Rose. The books will be out in 2006, starting in April. They are, in order:

"Yorkshire" (This was an Eppie finalist) - due to be reissued in April, 2006
"Devonshire" (received a Rio nomination - Reviewers' Choice award)
"Venice"
"Harley Street" (this won the Eppie for Romantic Suspense)
Two more new instalments will be released, too. "Eyton," and "Darkwater."

Triskelion chose me as one of the authors for their print programme as well as their ebook list, so watch out for my books in bookstores next year.

And finally, "The Chemistry of Evil" from Triskelion Publishing was finalled in the Romantic Suspense category.

So altogether a very good year! 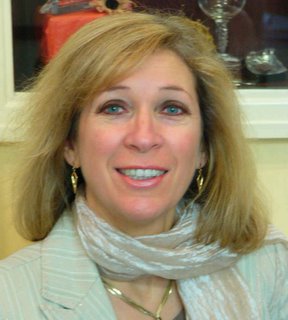 2005 was a great year for me. I had two books published: A Lady at Midnight and Dance for a Diamond. I also sold Gentlemen in Question, which will be out in 2006, although I don’t have an exact date yet.

I attended the RNA conference in the summer, and met up with writing friends including fellow blogger Amanda Grange, and Stephen Bowden, who is presently writing a Regency.

Come back tomorrow to find out how our other bloggers fared in 2005!
Posted by Historical Romance Author at 8:38 PM

I just finished Louise Allen's Moonlight and Mistletoe, and it was delightful. Hester and Guy had all the humanity and humour of a Heyer hero and heroine. And I loved the realism of the mention of bedsocks.

I only managed to get hold of it today, because Tesco have stopped stocking Mills & Boon, which makes it harder to track down the books.

I thought some of your site visitors may be interested in a weekend workshop we are running about Writing Historical Fiction in March this year. For more information please see our web site at:
www.lindumheritage.co.uk