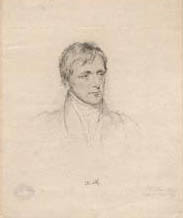 Last month I visited Killerton House in Devon, which was built in 1778 – 79 and is an absolutely charming place with a beautiful garden and a fascinating costume collection. The house, originally planned to be a temporary residence whilst a grander house was built on the hillside behind it, has lots of eccentric features such as a set of false books in the library with names such as "Nettles with nice noses" and "paper currency exploded". What particularly caught my eye, though, was the collection of portraits of the founder members of Grillons Club.

Grillons Club was formed in 1813. Members were drawn from both Houses of Parliament and the intention was to provide a venue where they could meet on neutral ground. The discussion of politics was strictly excluded! To it belonged most of the distinguished public men of the Regency and the reigns of George IV and William IV. Here, every Wednesday during the Parliamentary season, its members dined together, "the feuds of the previous day being forgotten, or made the theme of pleasantry and genial humour at a table where all sets of opinions had their representatives.” Members included George Canning, Lord Dudley and Ward, Lord F. Leveson-Gower (afterwards better known as Lord Francis Egerton), Lord Harrowby, Lord Wharncliffe, Lord Clare, Sir Robert Harry Inglis, Mr. G. Agar-Ellis, Sir R. Wilmot-Horton, and Sir James Graham. 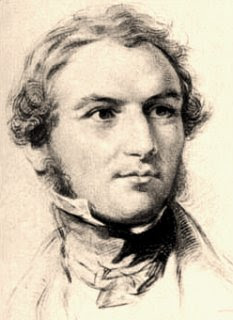 Visitors to Killerton are asked to view the portraits and vote for the one they consider to be closest to their ideal of a Regency gentleman. It was a tough choice as some of the gentlemen were extremely dashing. In the lead at the time I was visiting was a drawing of William Gladstone. The entire collection can be viewed online on the National Portrait Gallery website.
Posted by Historical Romance Author at 1:00 PM

Fascinating. I wonder if they always managed to leave politics outside the front door.

I suppose they had to agree to disagree! I've heard politicians these days say that outside the Houses of Parliament they are very good friends, which would be a bit of a shock to witness if you'd heard them having a go at each other across the Commons!