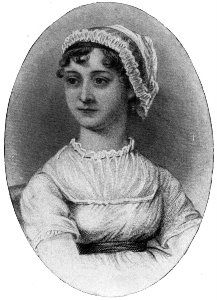 "Well, I thought and I thought, and I came up with a character who is in all the books, but never does anything.
Jane herself.
I love the authorial voice, and I'm a bit sad we're not allowed so much of it any more. In "Bleak House" there are at least 3 distinct authorial voices, all of which add to the depth and texture of the novel.
In Jane's books, there is a kindly spinster aunt, a vicious satirist of social mores, and a sharply keen observer, and they're all Jane. In "Pride and Prejudice" she is the first 'character' we meet, and we see everything through her filter, although sometimes she will step aside and allow the characters to speak for themselves. Her books would be sadly impoverished if the authorial voice was taken out." 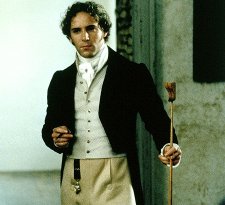 "I've chosen Henry Crawford from Mansfield Park as my favourite Jane Austen
character. A bit controversial, I know! But Henry is a rake and rakes are
always interesting. Not just because they are usually fatally attractive,
but because of what's going on in their mind. The natural tendency is to
want to reform a rake, but Jane Austen resists this impulse.

In Mansfield Park we see very clearly the moment when Henry could reform by turning away from his past misdeeds. He is drawn to Fanny Price's goodness and her different values, but she rejects him and so he turns back to his former
ways. Was he ever genuinely in love with Fanny or would he have lapsed at
some point? We'll never know. But he remains a fascinating character."
Posted by Historical Romance Author at 10:31 AM

Arrgggh - I can't decide! It depends on my mood. For main characters I like Mr. Knightley or Darcy best - fave heroine is Anne from Persuasion. Secondary characters are tougher - Mr. Woodhouse comes to mind as does Kitty Bennett, just for comic relief. But Lady Catherine is way up there too.

Of the men, I think my favorite is Captain Wentworth of Persuasion. He demonstrates the hurt male better than any of the others. The theme of hope when all hope seems to have died is one that resounds with me.