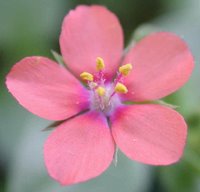 2005 is the centenary of the first publication of

This is one of the most adventurous historical romances ever written. It has mystery, intrigue, excitement and romance.

It was not, however, an instant success. Baroness Orczy tried almost every publisher in London, and they all turned it down. It was rescued by Fred Terry and his wife Julia Neilson, who dramatised it in 1903.

It was revived regularly right up to the War, and on the strength of its theatrical success the novel was published at last in 1905. The rest, as they say, is history.

It has been turned into films, TV dramas and has been published in 16 languages.

Orczy immediately started to write sequels. Over 35 years, she wrote 12 books about the Pimpernel and his followers along with lots of other popular novels. 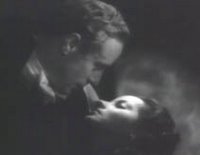 The first film had Leslie Howard as Sir Percy,
and the wonderful brooding Raymond Massey as
the villainous Chauvelin. 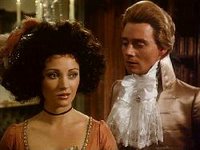 Later, Anthony Andrews would play the role of the Pimpernel, and Jane Seymour Marguerite.

And later still, Richard E Grant played the Pimpernel on TV, in a series of adventures

With special thanks to Sophie Weston, a long-time fan of The Scarlet Pimpernel.

I have seen all the versions you mention. My favourite was Richard E Grant. Which one do others like?

I have the Richard E Grant ones on DVD and they are excellent. I saw the Anthony Andrews ones - but ages ago when they were on TV.

I have the book moldering in my closet unread! *G* But I bought it because it looked great--so now I have to go read it.

I've seen all three as well, and the Howard/Oberon remains my fave. To me it captures the book best - maybe it's the black and white film.

As for the book, it's one of my faves and started my interest in the FR period. Though NEVER, and I mean NEVER, mention this book to any of the French Revolution scholars out there unless you want to see a genuine case of apoplexy. Especially if they're of a left-leaning bent and fans of Robespierre (who wasn't as bad as he's been painted, but still not very nice).

Don't forget the Pimpernel's appearance in Episode 3 of Blackadder the Third (Nob and Nobility):

Baldrick: Hooray! It's the Scarlet Pimpernel!

Baldrick: And you killed him.

"Had she but turned back then, and looked out once more on to the rose-lit garden, she would have seen that which would have made her own sufferings seem but light and easy to bear--a strong man, overwhelmed with his own passion and his own despair. Pride had given way at last, obstinacy was gone: the will was powerless. He was but a man madly, blindly, passionately in love, and as soon as her light footsteps had died away within the house, he knelt down upon the terrace steps, and in the very madness of his love he kissed one by one the places where her small foot had trodden, and the stone balustrade there, where her tiny hand had rested last."

LOL! Laura, you beat us to it! See today's blog.

It is so romantic, isn't it. Although the tinyness of her hands and feet is just a little annoying to me, probably because it's excessively feminine/childlike, as is her 'childlike face'. But I suppose ideals of beauty change. And it's not as though she isn't highly intelligent, brave and resourceful:

'The childlike sweet face had become hard and set, the curved mouth was closed tightly over her clenched teeth. She meant to do or die, with him and for his sake. A frown, which spoke of an iron will and unbending resolution, appeared between the two straight brows.'

One thing I like a lot about the Pimpernel (other the usual heroic things) is his laugh. Even once Marguerite discovers his various identities, he still has 'that funny, half-shy, half-inane laugh of his'. It makes him seem more real to me that, despite his great height and strength, his exquisite taste in clothes and his daring and intelligence, there is this little thing that is not so heroic. It makes him more human.