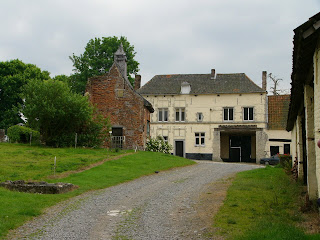 In June 1815 many lives were lost in the battle for Hougoumont. Now it seems the chateau faces another battle, against the ravages of time and neglect. 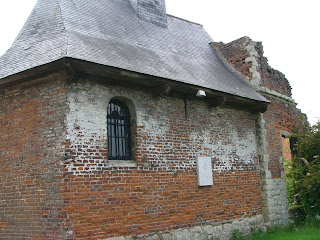 Project Hougoumont is fighting to raise funds to restore the site in time for the 200th anniversary of the battle in 2015. I visited Hougoumont a few years ago and know just what a wonderfully atmospheric place this is, but even then it was looking a little sorry for itself – you can see from the pictures that the buildings are in a very sorry state.

On 18th June 1815, as a prelude to the main attack, Napoleon ordered 6,500 French infantry to attack the chateau of Hougoumont (British Guards had taken possession the night before). They drove the German defenders back through the Great Wood until they reached the high wall of the chateau gardens, which was defended by the British Guards. The area in front of the walls became known as the Killing Grounds as French casualties mounted. Throughout the day Napoleon threw more and more troops at Hougoumont until finally more than 15,000 French troops were involved in and around the chateau (with only about 3,500 defenders inside). It is said that as many as 10,000 men from both sides fell in the struggle for Hougoumont.

I touched on Hougoumont and the Battle of Waterloo in Maid of Honour and the Napoleonic wars often feature in the background of my Regency novels because they affected so many families in the late 18th and early 19th centuries. The history of the battles make gripping reading -there are tales of incredible bravery and despite the horrendous loss of life the stories can be inspirational to a writer. Having been fortunate enough to visit Hougoumont I like to think that it will be preserved for future generations to learn about the struggles of the past. 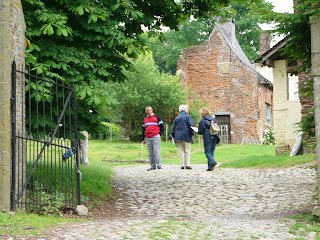 Project Hougoumont is chaired by Professor Richard Holmes (author and TV presenter of many documentaries on historical battles) and supporters include authors Bernard Cornwell and Simon Scarrow as well as the present Duke of Wellington. You can find out more about the project at http://www.projecthougoumont.com

Also, committee member and Waterloo enthusiast Steve Stanton has commissioned two paintings by military artist Chris Collingwood depicting the struggle for Hougoumont from both the British and French perspective. He is using these pictures to raise awareness for the project and you can see them at http://www.waterloo-collection.com

Melinda Hammond
Posted by Historical Romance Author at 6:06 AM

What a noble cause, Melinda! I will do my best to spread the word among historical romance writers on this side of the pond. Thanks for bringing our attention to the situation. It would be tragic indeed if the site couldn't be restored in time for the two hundredth year anniversary.

Jan, yes it is sad but it is also encouraging to know that the project is now underway and working with the Belgian authorities to restore the chateau.
And Joanna - thank you for spreading the word, all the publicity will help!

I've only just caught up with this, Melinda - thanks so much for publicising it. It is the most incredibly atmospheric and important site so it was great to find out how to donate to suport it.
My latest hero is about to get badly wounded there - so it is close to my heart just now!