Building on our successes 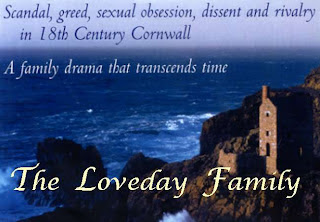 Following Lynne Connolly’s fabulous news of her contract - congratulations Lynne, if we lived closer we could celebrate on the town together - I am equally thrilled to announce that I have been given another two book contract for a further two Loveday novels. They are now being marketed as historical fiction rather than sagas.

The first will be set in 1804 and retribution is on the minds of two Loveday cousins, one of which will be drawn into the drama and intrigue of Paris as Napoleon prepares to crown himself Emperor. The second moves on to the next generation and their passions and thirst for adventure draw them into the turbulent historical events of their times. Although each book in the series stands on its own as a complete story, the family lives are woven through the storyline, and even in their sibling rivalry they are united in their loyalty. In each book as the series progressed a different member of the family was the main focus of the drama and romance.

The Lovedays have become my extended family over the years. I adore them, anguish over them, grieve and laugh with them, and sometimes want to bang their heads together – but I promise I will never make them predictable or boring or spare them from the trauma and consequences of their wild blood and passions.

Kate Tremayne
Posted by Historical Romance Author at 10:09 AM

Many congratulations on the two-book contract, Kate.

Thank you for your good wishes. I am so blessed to be able to fulfil my dream of writing a historical series.
Kate Tremayne

What great news! Fantastic for us readers!