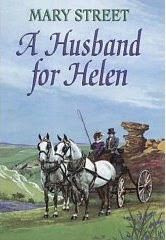 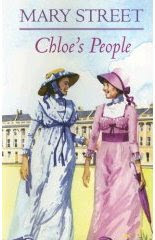 We're delighted to welcome Mary Street to the blog. As historical romance fans will know, Mary has written many Regency romances including Chloe's People, See a Fine Lady, Sarah's Fortune, Wyndham's Bride and a Husband for Helen.

She is talking to us today about her Jane-Austen inspired novel, The Confession of Fitzwilliam Darcy.

It began as an exercise, really, just to see if I could do it. After watching the TV adaptation of Pride and Prejudice I looked out my copy of the novel to read again and it struck me there was another story there - Darcy's Viewpoint - with scenes only mentioned in the original which could be more thoroughly explored. There was plenty of scope for other scenes as well.

Could I do it? Well, there was no harm in trying. I decided at once that I would make no attempt to imitate Jane Austen's style as I do not think it can be done successfully, although I did use the language and expressions of the Regency period.

Strangely, I had little difficulty in writing the scenes with Bingley, Georgiana, Fitzwilliam, Wickham and the brooding aftermath of the disastrous proposal. The harder parts were the scenes between Darcy and Elizabeth, which Austen provided, because I did not wish to include anything which was merely a copy. The proposal scene almost defeated me until I had the idea of showing it piecemeal, as a series of flashbacks.

At the time of writing it, I had not intended to submit it for publication. However, I did read excerpts to a group of friends (writers themselves) who were most emphatic in urging me to publish. "It is too good to waste," they said.

So it was published and I hope my readers enjoy reading it as much as I enjoyed writing it.

Thank you, Mary! The book is excellent, and sure to appeal to all Austen fans. The Confession of Fitzwilliam Darcy is available from bookshops in the US, and from Amazon and other online sellers around the world.
Posted by Historical Romance Author at 11:14 AM