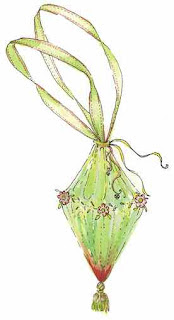 As Emma stepped out of the front door she saw the snow had settled thickly over the formal lawns, turning the statues into featureless columns and shrouding the distant shrubbery under a white quilt.
‘How lovely,’ she exclaimed as Mr Ellis joined her. ‘But I confess I am pleased to see the gardeners so hard at work sweeping – I do not think we would get very far if we had to wade through this.’ He smiled his agreement and they made their way down the steps onto the terrace that fringed the house.
‘Has your uncle’s estate extensive grounds?’ Emma asked, trying to fish tactfully for information. Last night she had detected some mystery about the way Mr Ellis had introduced himself, but now she wondered if she was imagining things.
‘Extensive? Yes, I suppose you could call them so,’ he agreed, that intriguing twinkle back in his eyes. ‘Where would you like to explore? They have cleared the path to the Wilderness Walk I see. The paths there should not be too bad, they will have been sheltered.’
Hmm, Emma thought. He is certainly not going to talk about himself very readily. ‘I should like that. No doubt you know the grounds here very well from your long acquaintance with Mr Dawlish.’
‘Indeed.’
Emma gave up trying to probe and stepped out briskly at his side along the gravelled path. The air was chill, bringing the colour up in her cheeks and she was glad of her snug pelisse with its high collar and the fashionably large muff that had been a present from a grateful student last year.
Perhaps she should not be walking like this without a veil to protect her complexion, but then, at the age of eight and twenty, one had to become resigned to losing a trifle of one’s youthful bloom. She glanced sideways at Mr Ellis, walking along, his hands clasped behind him. How old was he? A little older than she had first thought, deceived by his cheerful energy yesterday. Her age at least, she decided, or even a little older.

It was more sheltered inside the carefully planted shrubbery that made up the Wilderness walk. Some mature trees arched overhead, boughs bare against the grey sky, and the paths curved intriguingly, tempting the walker on to follow them.
Now they were out of the wind they slowed their pace and looked around them as they walked, admiring holly berries clustering thickly and laughing at the indignant squawking of the blackbirds who had been feasting on them until they were disturbed.
‘There is a little pond in the centre, if you would care to see it,’ Mr Ellis suggested. ‘Sometimes the deer come down to drink, we may be lucky and sight one.’
‘That I should like to see,’ Emma agreed, allowing him to steer her along a side path between informally trimmed banks of yew. ‘Are they not hunted here?’
‘No, they are part of the big herd in the park. Occasionally they get through the fence and eat the roses in the garden, but Charles was always too soft-hearted to shoot them.’ He lifted a bough carefully up for her to pass, ducking beneath his arm, and they exchanged swift smiles, both enjoying their small adventure.

‘Here we are. We must be quiet,’ he cautioned her. Side by side they gazed through the shrubs that encircled the rough oval of the pond. ‘No, we are out of luck I am afraid Miss Carstairs, but they have been here this morning.’
‘How can you tell?’ Intrigued, Emma followed him out of cover and onto what must be a wide grass bank under the snow. ‘Oh, I see – the tracks! How very small and neat their feet are.’
Mr Ellis was going closer to the edge, his boots leaving deep prints. Emma gathered up her skirts and followed, placing her feet easily inside each indentation.
‘Are you my page, following King Wenceslas?’ He laughed at her, his cheeks coloured by the cold, his eyes sparkling and Emma laughed back.
‘Indeed I must be – how very seasonal.’ She broke into song, her pleasant contralto carrying clearly on the still air. ‘Good King Wenceslas looked out, on the Feast of Stephen –‘
‘When the snow lay round about, deep and crisp and even,’ Mr Ellis’s strong tenor joined with her sweeter tones and the clearing rang. They sang it all the way through, finishing triumphantly together:
‘Ye who now will bless the poor, Shall yourselves find blessing!’
‘Wonderful Miss Carstairs,’ Mr Ellis applauded. ‘I can see we will both find ourselves taking part in the carol concert that Dawlish arranges every year for all the guests and neighbours and staff.
Emma shook her head doubtfully. She was confident teaching singing, and sang out strongly in church, but she had never liked performing for an audience. Goodness knows what had come over her, bursting into song like that just now.
To cover her confusion she stepped aside and peered down at the muddled tracks in the snow. ‘What is this Mr Ellis?’
‘A badger I think.’ He crouched down with enviable ease, his greatcoat creating a wide ruffle in the snow.

The crisp air was making Emma’s eyes water. She delved in her muff and managed to pull out her battered old reticule. It was a pity she had not thought to purchase a new one, she thought regretfully as she opened the drawstring and pulled out her handkerchief.
‘Look! Miss Carstairs, on the far side!’ Mr Ellis’s vibrant whisper had her scanning the opposite bank. There, on tentative feet, one slender deer was making its way down to the edge. It was so quiet in the woodland that they could hear the crunch of its feet, then the sharp crack as the thin ice at the edge splintered. Nervous, it dipped its head and drank, then, perhaps suddenly caching their scent, it bounded off.
‘Oh, splendid!’ Emma clapped her hands in spontaneous delight, quite forgetting she held handkerchief, reticule and muff. They scattered, she reached for the reticule and missed just as Mr Ellis caught the muff.
The reticule fell with a loud plop into the muddy water at the edge of the pond. Speechless, she took the muff. Mr Ellis stood, hands on hips, regarding the widening circle of ripples. He began to unbutton his greatcoat, then shrugged out of it. ‘Can you hold this please?’ He balanced on one foot, dragging off his boot, then, heedless of the muddy snow, repeated the exercise with the other.
‘Mr Ellis, you will catch your death –‘ Emma began, but he was already wading to mid-calf in the icy water, feeling with his toes for the bag.
‘Here it is.’ He held it up, sodden and filthy. ‘Beyond redemption I fear.’
‘How kind of you.’ She took it gratefully, holding it well clear of her skirts. ‘The bag itself is valueless, but it contains many treasured small items, thank you so much. But we must hasten back, I am afraid you will take ill from this.’
Mr Ellis grinned. ‘I’ll come to no great harm. But you will be chilled, standing here, let us hurry.’

They were breathless, and laughing at the funny noises his wet feet were making squelching in the boots, as they ran up the steps and into the hall.
‘Miss Carstairs.’ The butler was managing not to frown at the puddle around Mr Ellis’s feet. ‘A package has arrived for you.’
‘For me?’ She took it, surprised. ‘How unexpected.’ She untied the string and pulled open the brown paper to reveal further layers of tissue beneath. Nestling in the middle was a reticule, made of the prettiest green silk, trimmed with velvet ribbons and tiny flowers and finishing in a lavish tassel.

There was a card inside. To my dear Miss Carstairs with the warmest festive wishes, your old pupil Amy Flitton. Beneath, in a less formal hand, she had written, I do hope you like it. Mama and I have opened a little shop in Bath selling haberdashery and trifles such as this. We are already most successful, and I can only thank you for the skills you taught me. For the first time since Papa died, we can see the possibility of earning enough for a comfortable living…

Emma stood looking at the pretty thing, happy that dear Amy was secure at last.
‘That is charming.’ She had not realised Mr Ellis was still there, the footman at his back urging him towards the stairs and a warm bath.
‘Indeed – and how fortuitous after today’s accident.’
‘And made by someone who knows you well I would hazard,’ Mr Ellis said, looking from the reticule to her face.
‘How did you guess?’
‘Why, it is exactly the colour of your eyes.’ And then he was gone, leaving damp footprints across the marble floor.

I think the story is going very well so far. I enjoyed all three episodes. Anne Herries