I had no new titles published during 2007. However, Chivers Large Print re-released two of my HM&B titles, Bay of Rainbows, set aboard a yacht in the Mediterranean, and A Tempting Shore, set in Cornwall. I have also signed contracts for The Marati Legacy (diving for pirate treasure off Madagascar) and Dark Moon Rising (Earthquake prediction in the mountains of Turkey) These will be published in Large Print by Chivers during 2008. 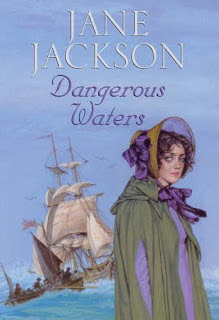 I was proud and delighted to reach the long list for the Romantic Novel of the Year Award 2007 with Dangerous Waters.

I completed my latest full-length novel, Devil’s Prize, to be published by Robert Hale in January 2008. (I’ll post about this on the blog, and show you the fantastic cover, once our serial – A Christmas House Party - is concluded.) I’m currently working on Wild Justice. This book follows the dramatic story of two of the characters who appear briefly in Devil’s Prize, but who swiftly demanded a book to themselves. I’m nine chapters into the story and loving it.

Once again I taught a week’s summer school on the Craft of Novel Writing at University College Falmouth in August, and will be repeating this course in August 2008. (www.falmouth.ac.uk see: Short Courses)

A Christmas House Party - the Christmas story on the blog - was my first experience of a round robin where each of us writes an episode. It was quite a challenge, but I have very much enjoyed taking part. Reading how the other authors continue the story has been fascinating.

On the domestic front, I have just become a granny for the fourth time with the birth of my younger son and wife’s gorgeous baby son in September. I also became a great-aunt when my niece gave birth to a beautiful baby girl in November.

It has been a busy and eventful year. I’m looking forward to 2008, completing Wild Justice and starting the next book. Meanwhile may I wish all of you the very best of health, happiness and good reading. 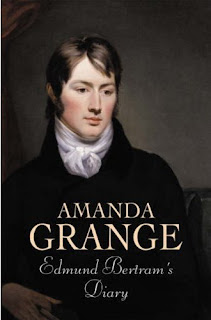 This has been an amazing year for me. Things began well when Stormcrow Castle was released in January. I've always loved Gothic novels and I loved writing about the sinister castle in the middle of the moors, where strange goings-on tormented the heroine until at last she managed to unlock the riddles of the castle and fall in love with its brooding owner.

Later in the year both Captain Wentworth's Diary (Editors' Choice,Historical Novels Review) and Edmund Bertram's Diary (just out) were released in hardback in the UK. 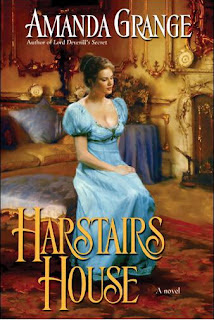 My books have come out in the US for the first time this year.

and Harstairs House (Highly recommended - A Romance Review) have all come out in paperback this year.

The novels have been mentioned in some breathtakingly prestigious places on
both sides of the pond including the New York Daily News, the Times Literary
Supplement, The Washington Post and Radio 4's Open Book.

But although I loved this, I think the best moment for me came when I read a
review of Mr Darcy's Diary on Amazon which said that it sent the reviewer to
bed with a happy heart. What more can a writer of romantic fiction ask for? 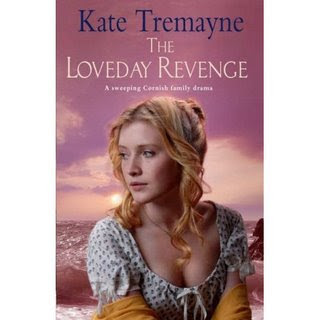 This has been an exciting year. The Loveday series has been flying off the shelves and achieving wider acclaim making it into several bestseller charts. The eighth book in the series THE LOVEDAY REVENGE was published by Headline this year. The hardback sold out in a month and the paperback was chosen for WH Smith's Christmas promotion. It was also published in audio format by Isis Publishing.

Next year THE LOVEDAY SECRETS will be published and at least two more are in the pipeline. Headline are also re-launching the first book in the series ADAM LOVEDAY in February with a brand new cover.

Happy New Year to every one.

Kate Tremayne
Posted by Historical Romance Author at 9:55 AM

(Obviously, you'll not all know what you've sold etc, but any info is welcome. Thanks)

Come back on Jan 1st to find out!